A downloadable game for Windows, macOS, and Linux

🌿 Sacramento is a game about capturing fleeting memories before they fade. You'll wander through an ephemeral and uncanny landscape, flashback of moments I gathered on sketchbooks over the years.

Drift aimlessly across time & space, enjoy the quiet while it lasts as life will soon resume its course.

I need this in VR!

One of the most beautiful games ever.

Thank you for making this.

I rly love the artstyle and soundtrack o.o

What a gorgeous game, thank you!

A really interesting game. The visuals are really pretty. If anyone is interested here's a video of playing the game.

Very beautiful and relaxing - thank you :-))

I'm from Sacramento! lol excited to check out the game!

Thanks for such a cute game

whoa, it feels like you're inside a watercolour painting! i loved the art but also the subtle shifts of focus, it really encapsulated the idea of the "moment"

very mysterious, really pretty visuals. captures the feeling of only having a finite amount of time really well, which I assume is a part of the "capturing fleeting memories before they fade" theme.

one of the most beautiful games i've ever played!

Reply
A G Moody1 year ago

I'm in awe at the texture/shader techniques you used. The look of the game is AMAZING, the sound and everything realy work together to make this game a singular experience!

Stunning experience! The art style is just fantastic and so captivating

Wow. You nailed an aesthetic that really took me aback. Such a powerful art style and creative world. Following you to keep up with futurue endeavors. <3

Reply
dannimal1 year ago
such a beautiful game!
Reply
EtlingeraElatior1 year ago

Just played this game and I'm absolutely at a loss for words at how beautiful it is! Never thought it'd be possible to top my favourite art style in a video game (previously some hidden PS3 gem, I won't say the name), but this game proved me wrong! Like seriously, I could use any frame from this game as my desktop background for months.

Just a shame that the game resets after hitting one side of the map, and that the map is so small; there's SO much potential here! D:

Keep up the awesome work guys! Hope to see more like this in the future!!

Hey, I absolutely loved this game, here's a video with my thoughts on the game as well as spotting a few possible bugs.

This was so good! I loved experiencing the world around me! Great job!

The linux version has a very glitchy showup, it can't update the screen fast enough.
You should clear the screen just before displaying object, not clear, calculate, then draw.
Note : I have a potato PC.

A 64 bit build would have been nice too. I also hope he's going to release a similar game in the future.

As a Sacramento resident it is NOT this pretty

Very lovely little experience! I kept wanting to take a screenshot, but still images really don't do it justice :)

Also a little technical tip, you can delete the two .pdb files from the build and it'll be a much smaller download. They're not used for anything, but some earlier version of Unity didn't delete them after building the game for some reason.

It's such a delight walking through this enchanted garden, especially  fish-quarium behind the waterfall and inside that building far away near the red sun :D and how much I love the soothing BGM~

However, as indicate from the beginning scene in the train, this dreamy journey should end early and let me back to reality :')

I think I need to re-evaluate my life.

Such a beautiful experience this was.  It was a very good looking game, but I'm not to sure if there was a story to be told in it. But, when it comes to a game being art, this is truly one of those experiences.

This game is such a wonderful short and atmospheric game. It's a memorable experience despite how short it is. However, I'm wondering if the game was trying to tell a story though. If it was, it's not very clear but maybe the dev wanted the game to be open to interpretation.  I recommend you play the game yourself if you want to know what I'm talking about.

If you want, you can check out my playthrough of the game by clicking on the video below:

If you liked what you saw here, be sure to check out my channel by clicking the link below:

The atmosphere in this game was so well done. I loved every second of this!

I really liked the game. But I felt a little disappointed that there wasn't much to do in it.

Made me start thinking about life, because I am an incredibly deep person. (Ha...)

But no, it was a beautiful experience, short, and not much else. But that's the point, right?

Everytime I try to run the game the camera is always shifting towards the left and up :-( (I'm on windows as well) 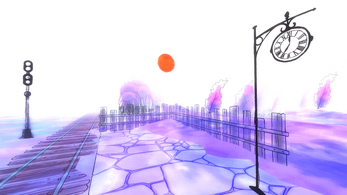 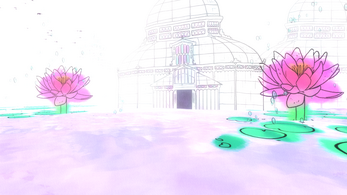 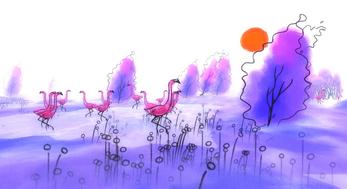 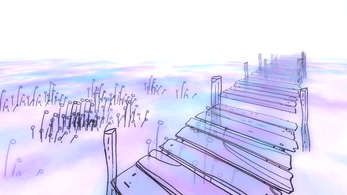 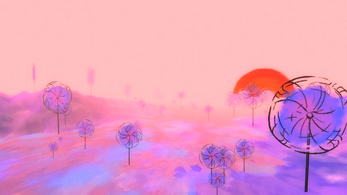 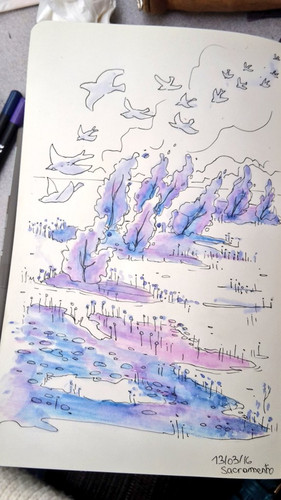